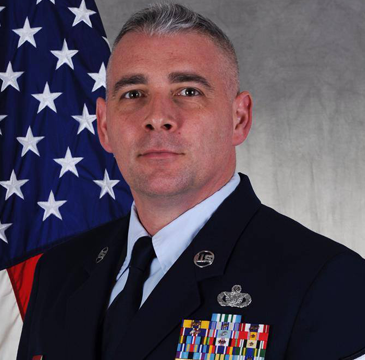 Master Michael L. Munyon is the owner of TRISENS-USA, LLC located in Oscoda, Michigan and travels throughout the state giving lectures and training on topics such as Work Place Violence, Active Shooter, Physical Security, Verbal De-Escalation and more. Additionally, he is the President/Founder of the International Taekwon-Do Federation-USA and the President/Founder of Moo Sool Won-USA which are two martial art organizations growing rapidly in the USA.

He entered the Air Force in 1992, serving his entire career in the Security Forces career field where he earned a Craftsman level for Security Specialties and has an SEI (Special Experience Identified) for Information Security (322). His assignments include Montana, Michigan, California, Korea (Kunsan and Osan Air Base), Mississippi, Portugal and Nebraska. During this time he has deployed to Kuwait, Saudi Arabia, Iraq and Afghanistan on numerous occasions. While serving in the United States military he has taught civilian and military members defensive tactics and martial arts at every military installation he’s been assigned to. Some of his notable accomplishments include training thousands Security Forces members in Self-Defense, Rifle Fighting and Defensive Tactics, over 1,000 female civilian and military members in Women’s Self Defense in cooperation with the Air Force’s Sexual Assault Response Coordinator’s Department, trained U.S. Air Force, Army and Navy personnel, Canadian, French, Belgian, Australian and other North Atlantic Treaty Organization (NATO) military members in martial arts. Additionally, Master Munyon has been recognized for his work with the United States and Foreign military by senior enlisted leaders and has received numerous awards of recognition for his talents and volunteer work. A few other well known facts about Master Munyon are that he was a previous expandable baton OC Pepper Spray and Taser instructor while in the Air Force. In 2009 Mr. Munyon was inducted into the Masters Hall of Fame in Long Beach, California. Later in 2013, Master Munyon was inducted into the Official Taekwon-Do Hall of Fame in Las Vegas, Nevada. Also, in 2016, Master Munyon was inducted into the United States KiDo Federation Hall of Fame earning the award entitled “ITF Master of the Year”. In 2018 Master Munyon was inducted into the Korean Martial Arts Masters Hall of Fame in Atlanta, Georgia. Finally, Master Munyon was inducted into the Who’s Who in the Martial Arts in Las Vegas, Nevada and the United States Martial Arts Hall of Fame in Jeffersonville, Indiana.

Master Munyon is a 7th degree black belt and member of the ITF H.Q. (South Korea) and works with the leadership team as a member of the Council of Masters.
Founder/President: ITF HQ-USA
Additionally, Master Munyon is a 5th Dan in HapKiDo and is affiliated with Senior Grand Master Hee Kwan Lee, 9th Dan out of Battle Creek, Michigan.
Founder/President of Moo Sool Won-USA
Ambassador for the Masters Hall of Fame
Ambassador for the Korean Marital Arts Masters Hall of Fame
Master Munyon is also a certified NRA instructor and offers training in firearms and tactics.

“In a crisis we do not rise to the occasion…we fall to the level of our training”.